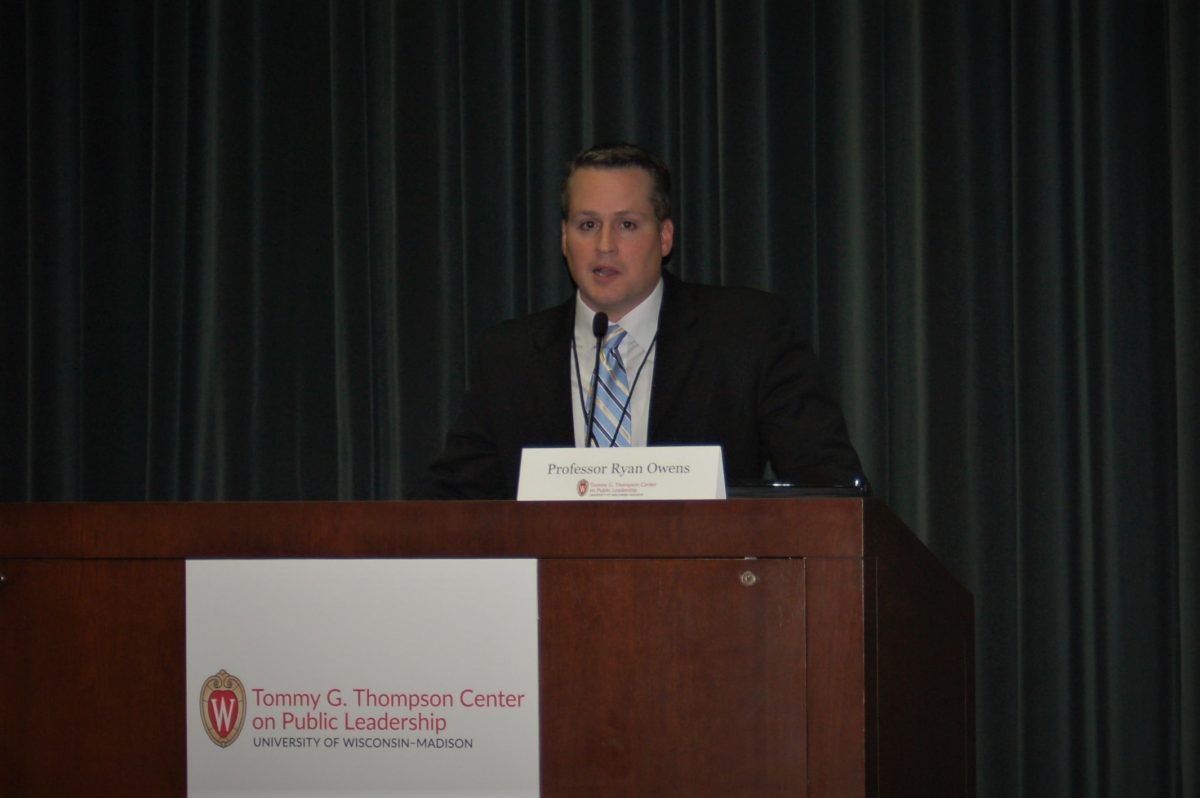 February 19, 2021: Ryan Owens announced today that he will step down as the inaugural Director of the Tommy G. Thompson Center on Public Leadership at the end of the academic school year. The announcement of Owens’s departure follows his decision last April to remain Director for one additional year. Owens will continue as the George C. and Carmella P. Edwards Professor of American Politics and a Leon Epstein Faculty Fellow at UW-Madison.

In response to the news of Owens’s departure, former Governor and Interim UW-System President Tommy Thompson said: “Ryan Owens’s commitment to Wisconsin, his incredible talents, and his integrity make me so proud. He has developed a Center that is critical for the state of Wisconsin and for the UW-System. Ryan has proven himself to be a true leader even in these difficult times.”

Ryan Owens looked back with pride on his accomplishments. “It has been an honor to serve as the inaugural Director of the Thompson Center. We pursued the legacy of Governor Thompson. We investigated the importance of free speech, examined bold policy reforms to enhance freedom, and discussed how to protect American political and legal institutions. I believe we have created a strong foundation to develop Wisconsin’s future leaders. And I will carry the same values with me as I continue to work for the great state of Wisconsin.”

Formed in 2017, the Thompson Center selects key policy topics to focus special attention on, in conjunction with its overall mission to promote public leadership and good governance in Wisconsin. The Center has awarded over one million dollars in research grants across the UW-System, hosted conservative and liberal speakers across the state, and held public events to elevate civility in politics.

Ryan Owens is a native of Kronenwetter, Wisconsin. He earned his Ph.D. at Washington University in St. Louis and was a faculty member at Harvard University before joining UW-Madison in 2011. Owens earned his J.D. at the University of Wisconsin in 2001 and practiced law in Wisconsin before attending graduate school. He is an affiliate faculty of UW-Madison’s Law School and the La Follette School of Public Affairs.