Please see below for short biographies and photo gallery. 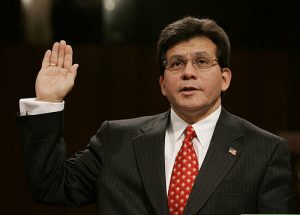 Alberto Gonzales is the Dean and the Doyle Rogers Distinguished Professor of Law at Belmont University College of Law in Nashville, Tennessee. He was the 80th United States Attorney General after appointment by President George W. Bush in February 2005, making him the highest-ranking Hispanic American in executive government to date. Previously, Gonzales served as a Texas Supreme Court Justice. He is the author of the book Truth Faith and Allegiance, the story of his life and service. 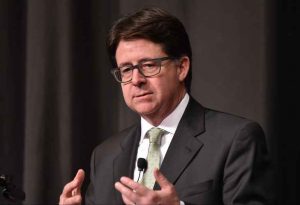 Dean Strang is a shareholder in StrangBradley LLC. His past work includes five years as Wisconsin’s first federal defender; shareholder in two of the state’s leading criminal defense firms; co-founder of a criminal defense firm; a short stint as an assistant U.S. attorney in the Eastern District of Wisconsin; and a litigation associate in a large civil law firm. In the media, Strang was featured in the popular Netflix documentary series “Making a Murderer,” which has resulted in extensive press coverage and a speaking tour focused on improving the criminal justice system.