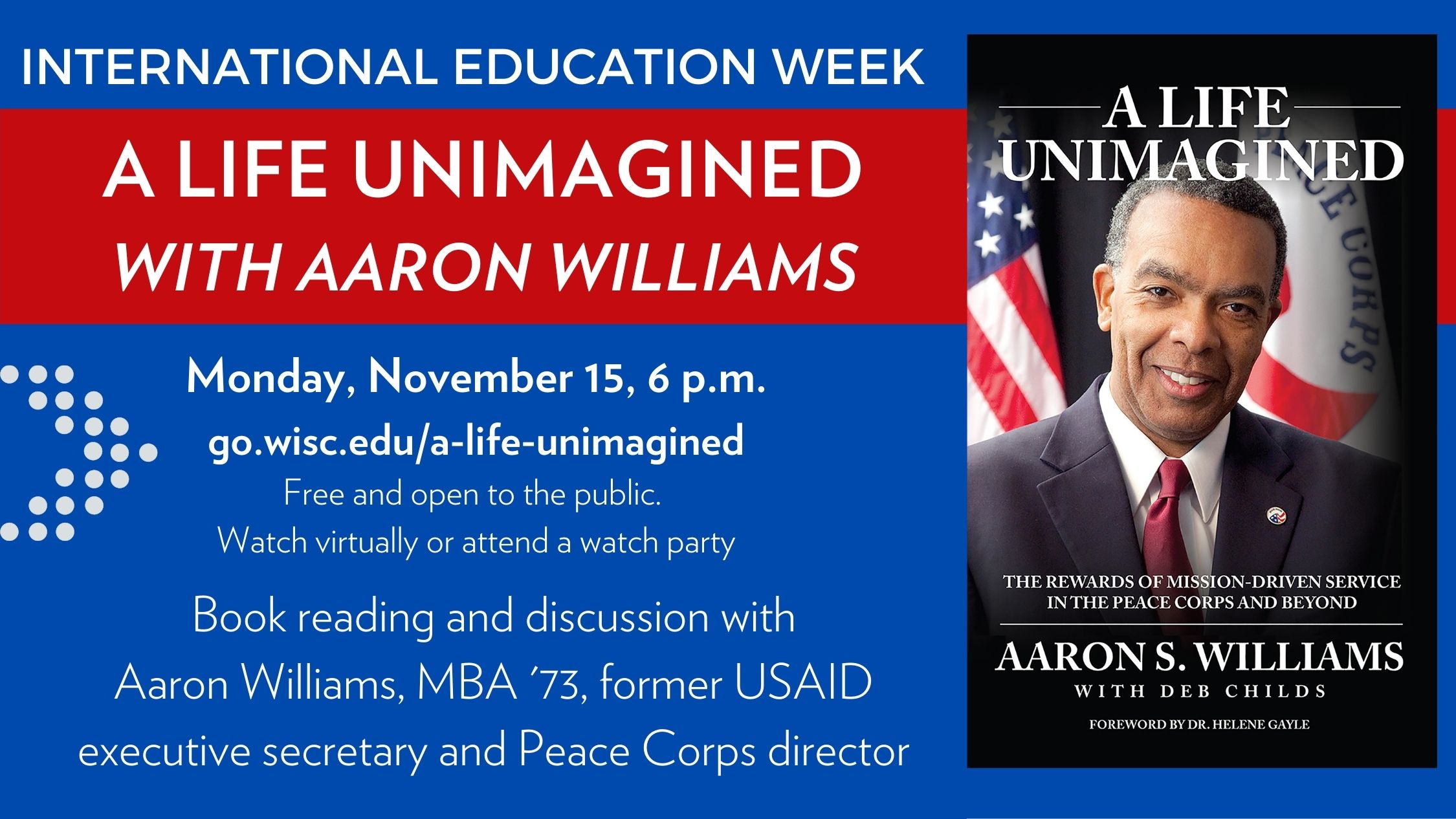 UW-Madison alumnus Aaron Williams, MBA ’73, delivered the keynote lecture for International Education Week. During the event, Williams shared formative experiences from his youth and defining accomplishments throughout his career, providing inspiration for the next generation who seek to lead on the world stage. He also read excerpts from his newly released memoir, “A Life Unimagined: The Rewards of Mission-Driven Service in the Peace Corps and Beyond.”

Moderating the event was Ambassador Rick Barton. Barton also has a strong history of global leadership, having served as assistant secretary of state at the U.S. Department of State, and as U.S. ambassador to the Economic and Social Council of the United Nations.

Growing up in the 1950s in a segregated neighborhood on Chicago’s southside, Aaron Williams was influenced early on to consider possibilities beyond his suburban neighborhood and even the borders of the U.S. However, even the imagination of a young boy could not have dreamed up the path he would travel, ultimately creating connections across cultures and a tremendous impact across international boundaries. Williams’ distinguished career in public service has seen him assume leadership roles across some of our nation’s critical agencies for furthering global cooperation, development, and peace. He served as a senior official at the U.S. Agency for International Development (USAID), where he reached the rank of career minister in the Senior Foreign Service. Appointed by President Barack Obama, Williams served as director of the U.S. Peace Corps, from 2009–2012. His time with these organizations included historic milestones, becoming the first African-American to serve as USAID’s executive secretary, and the first African-American male to be appointed to lead the Peace Corps.

This event was sponsored by the International Division, Peace Corps, Wisconsin School of Business, Morgridge Center for Public Service, Institute for Regional and International Studies, and the Thompson Center.

The keynote took place virtually from 6-7pm. The group viewing took place at Grainger Hall, East Atrium from 6-8pm with a career panel to follow the keynote and refreshments available.