Algorithms Don’t Predict the Future, They Cause the Future 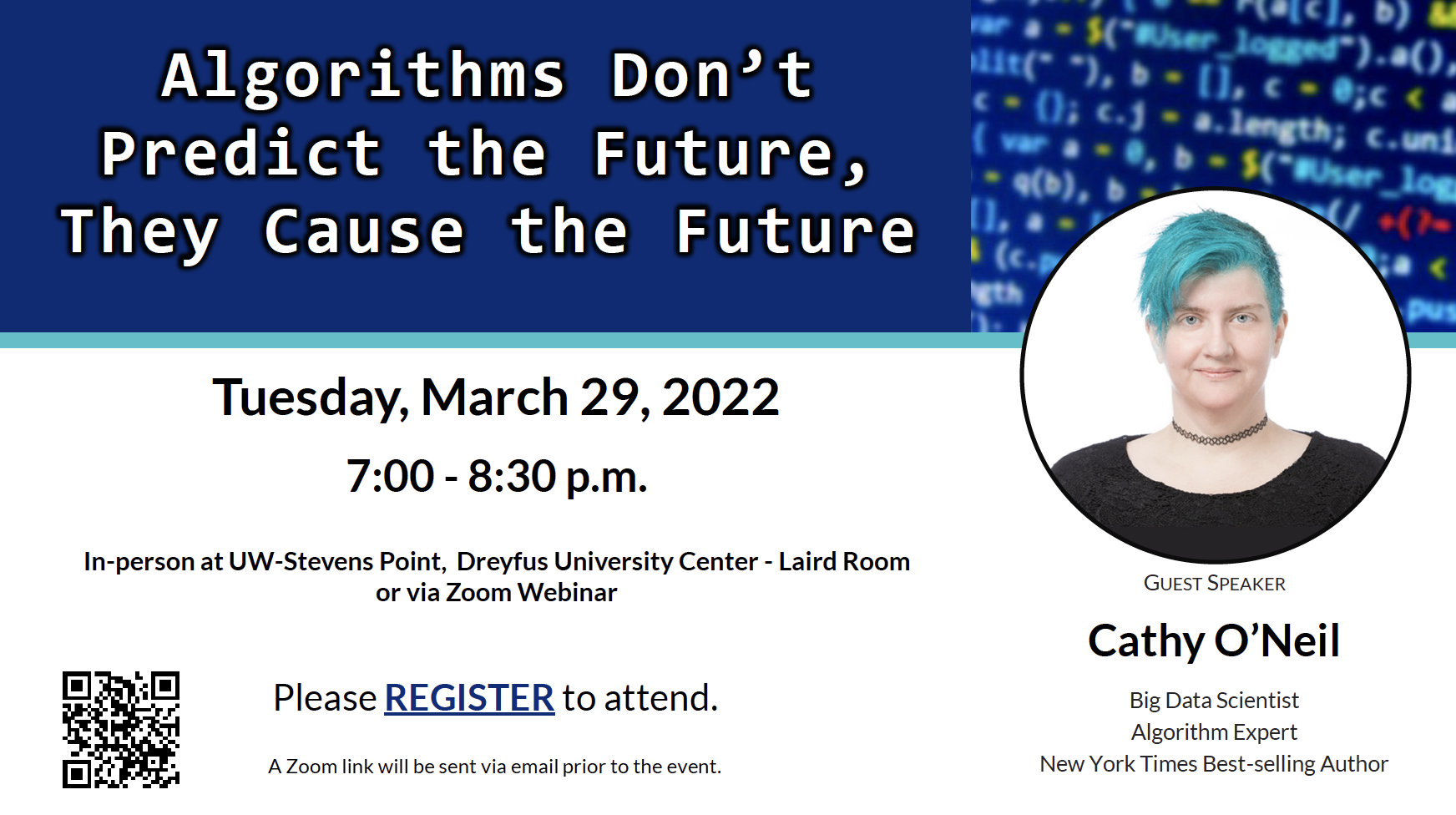 We all know that algorithms determine which social media ads you see, but have you considered how they are deciding your fate?

Algorithms can decide who gets the job, who gets into the college, and which dating candidates you see. In some companies, AI performance reviews determine who gets fired and promoted. Some of the biggest moments in your life are decided by algorithms. In this talk, Cathy O’Neil revealed the bias inherent in these algorithms, raises your awareness of how it is impacting your life and teaches you how you can opt-out to avoid being fooled or left out.

Cathy O’Neil earned a Ph.D. in math from Harvard, was a postdoc at the MIT math department, and a professor at Barnard College where she published a number of research papers in arithmetic algebraic geometry. She then switched over to the private sector, working as a quant for the hedge fund D.E. Shaw in the middle of the credit crisis, and then for Risk Metrics, a risk software company that assesses risk for the holdings of hedge funds and banks. She left finance in 2011 and started working as a data scientist in the New York start-up scene, building models that predicted people’s purchases and clicks. She wrote Doing Data Science in 2013 and launched the Lead Program in Data Journalism at Columbia in 2014. She is a regular contributor to Bloomberg View and wrote the book Weapons of Math Destruction: How Big Data Increases Inequality and Threatens Democracy. She recently founded ORCAA, an algorithmic auditing company.

The event took place in-person at UWSP’s Dreyfus University Center in the Laird Room and was livestreamed via Zoom.