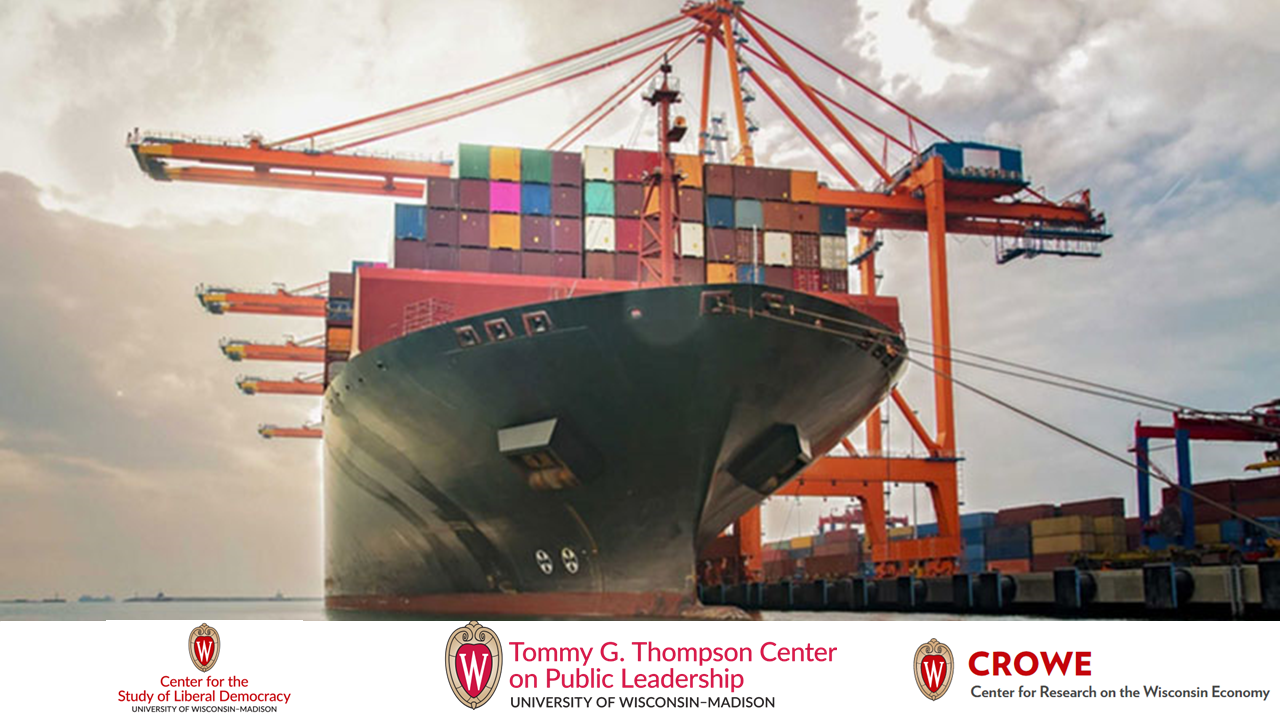 Free Trade – How much and with whom?

For decades the consensus, from Ivy League economics departments to the halls of Washington, DC and from Reagan to Obama, was that commercial openness to the world would be a “rising tide” that “lifts all boats.” That consensus, however, has fallen into uncertainty and so the Center for the Study of Liberal Democracy, he Center for Research on the Wisconsin Economy and the Tommy Thompson Center on Public Leadership are partnering with the Intercollegiate Studies Institute, hosting a public debate where both sides can make their case. Moderated by National Review journalist Nate Hochman, the debate will have Julia Norgaard, Pepperdine University professor of Economics, and Jeff Ferry, Chief Economist at the Coalition for a Prosperous America, each defending their arguments for and against free trade, respectively. The event will take place on November 9th, 2022 at the Fluno Center in Madison, WI, beginning with a cocktail reception, including light food at 5:30pm.

Tommy G. Thompson Center on Public Leadership
Center for the Study of Liberal Democracy
Center for Research on the Wisconsin Economy