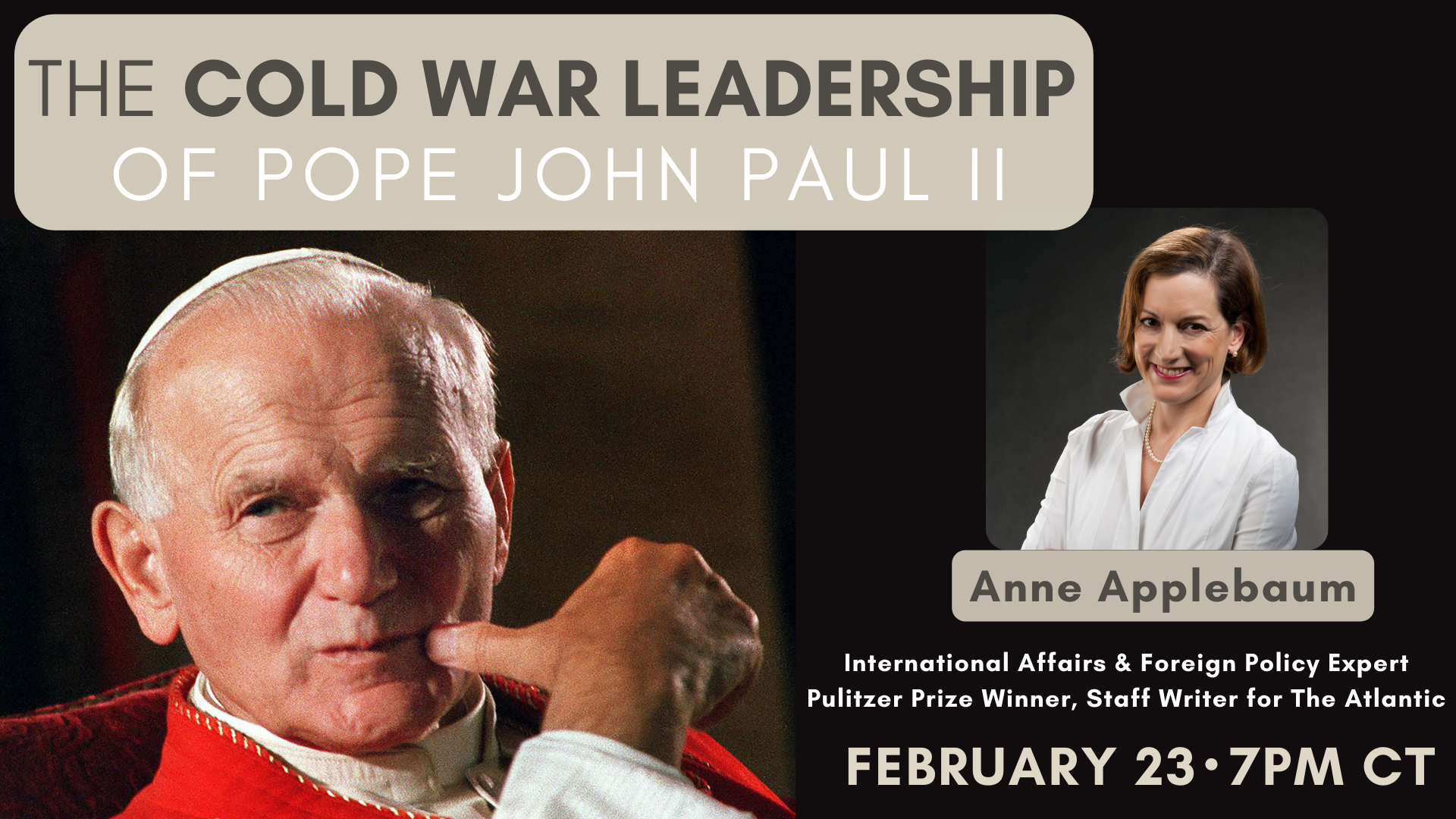 The Thompson Center and the Jean Monnet European Union Center of Excellence for Comparative Populism hosted a conversation with Anne Applebaum on Pope John Paul II’s leadership during the Cold War. John Paul II served as head of the Catholic Church from 1978 to 2005 and has been credited with contributing to the dissolution of the Soviet Union. This was the second event in the Thompson Center’s Cold War Leadership series. The event was moderated by Cecelia Klingele, Associate Professor at the University of Wisconsin Law School. 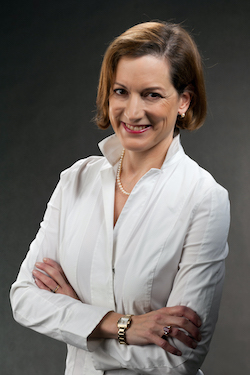 Anne Applebaum is a Pulitzer Prize-winning historian, journalist, commentator on geo-politics and keynote speaker who examines the challenges and opportunities of global political and economic change through the lenses of world history and the contemporary political landscape. She is a Senior Fellow of International Affairs and Agora Fellow in Residence at the Johns Hopkins School of Advanced International Studies in Washington, DC. Director of the Transitions Forum at the Legatum Institute from 2011-2015, an international think tank, Applebaum is the co-founder of the institute’s Democracy Lab, an online partnership between the institute and Foreign Policy magazine. An adjunct fellow of the Center for European Policy Analysis, she is former Philippe Roman Chair in History and International Affairs at the London School of Economics.

For many years, Applebaum wrote a biweekly foreign affairs column for The Washington Post which is syndicated internationally. She is now a staff writer at The Atlantic. She has been a contributor to Foreign Affairs, the New Republic and The New York Review of Books. She was formerly a member of The Washington Post’s editorial board; foreign and deputy editor of the Spectator magazine; and political editor of the Evening Standard. From 1988 – 1991 she covered the collapse of communism as Warsaw correspondent for The Economist. Anne attended Yale University and was a Marshall Scholar at the London School of Economics and St. Antony’s College, Oxford.

Anne’s Pulitzer Prize-winning Gulag: A History is about the Soviet concentration camps. Her book, Red Famine: Stalin’s War on Ukraine, is the winner of her second Duff Cooper Prize and the 28th Lionel Gelber Prize 2018. In it, Anne proves what many suspected: Stalin set out to destroy the Ukrainian peasantry. Anne is the only author to win the Duff Cooper Prize twice. Her other books include Iron Curtain: The Crushing of Eastern Europe, 1944-1946, which won a Cundill Prize for Historical Literature, and Between East and West: Across the Borderlands of Europe. In 2021, Anne was awarded the ICFJ’s Excellence in International Reporting Award.  In October 2021, Anne was presented with the 38th ‘Francisco Cerecedo’ journalism award. by King Felipe VI of Spain. In July 2020, Penguin published Twilight of Democracy: The Seductive Lure of Authoritarianism that became an immediate NYT best-seller in the non-fiction section. Anne was later named one of “The Top 50 Thinkers of the Covid-19 Age” by Prospect magazine. In December 2020, Barack Obama listed this book as one of his favorite reads of the year. Cecelia Klingele is an Associate Professor at the University of Wisconsin Law School, where she teaches courses in criminal law, Constitutional criminal procedure, policing, and sentencing and corrections.  After receiving her J.D. from the University of Wisconsin Law School in 2005, Professor Klingele served as a law clerk to Chief Judge Barbara B. Crabb of the United States District Court for the Western District of Wisconsin, Judge Susan H. Black of the United States Court of Appeals for the Eleventh Circuit, and Associate Justice John Paul Stevens of the United States Supreme Court. She is a member of the executive board of the Lumen Christi Institute’s Catholic Criminal Justice Reform Network (CCJRN) and the leadership team of the Society of Christian Legal Scholars. She is also a faculty associate of the Frank J. Remington Center, the La Follette School of Public Affairs, and the Institute for Research on Poverty.

Professor Klingele is fascinated by the challenges of managing human behavior, particularly the behavior of those subject to the criminal legal system and those who operate that system. Her past work has focused on challenges in community corrections, correctional programming interventions, and the treatment of violence within the criminal legal system. She is a current member of the National Academies of Science, Engineering, and Medicine’s study committee examining metrics of success among people released from prison, and has served as Associate Reporter for the American Law Institute’s Model Penal Code: Sentencing revision (2012-2018), External Co-Director of the University of Minnesota Robina Institute’s Sentencing Law & Policy Program (2013-2018), and co-chair of the Academic Committee of the American Bar Association’s Criminal Justice Section (2009-2013).