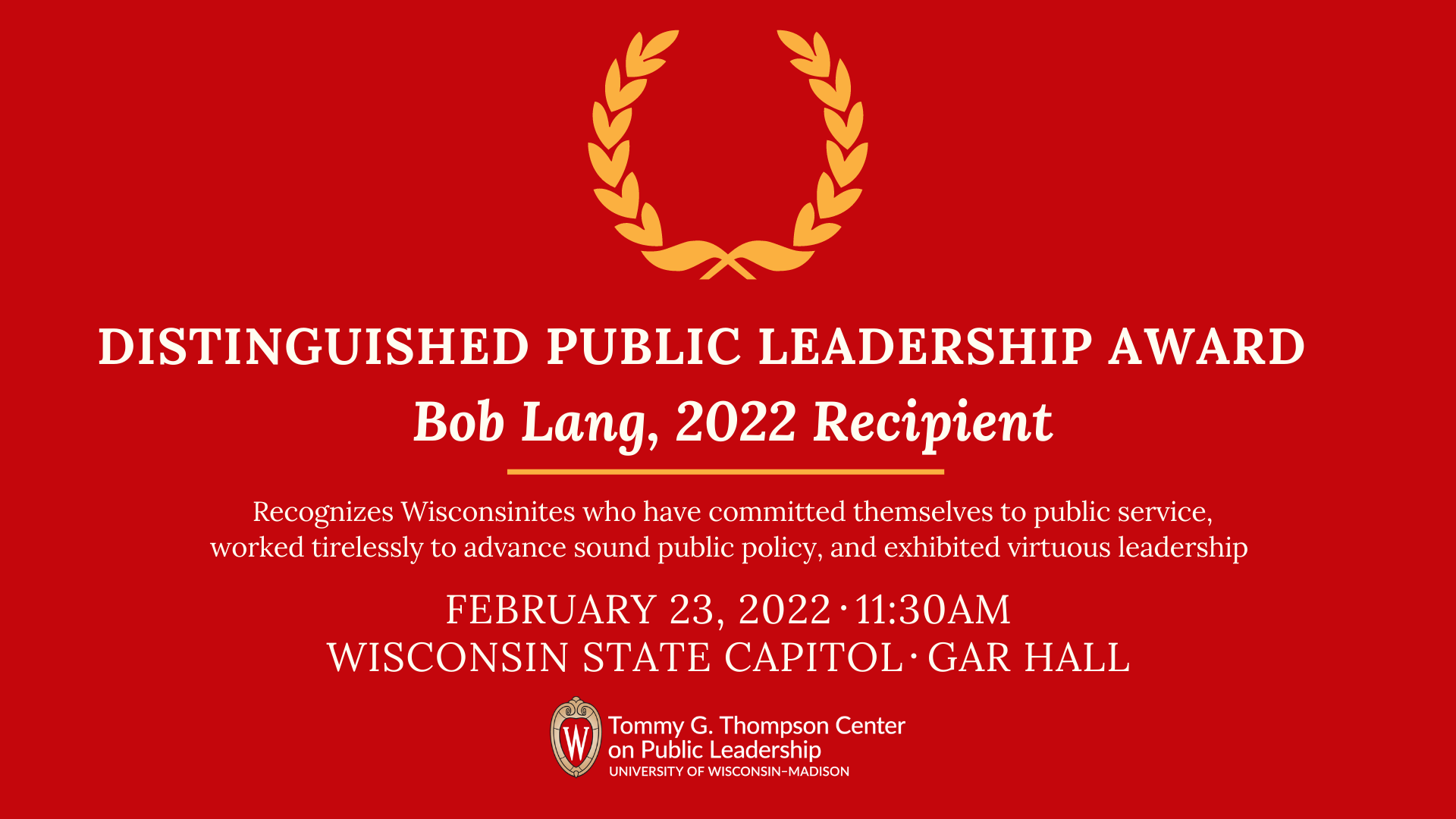 Consistent with Tommy’s legacy, the Tommy G. Thompson Distinguished Public Leadership Award seeks to recognize Wisconsinites who have committed themselves to public service, worked tirelessly to advance sound public policy, and exhibited virtuous leadership. This award seeks to recognize leaders who have exercised sound judgment and an entrepreneurial spirit, and served as exceptional role models for others in public service.

Bob Lang is the Director of the Wisconsin Legislative Fiscal Bureau, a nonpartisan service agency of the Wisconsin Legislature. Lang joined the Bureau as an analyst in 1971 and became the director in 1977. The Bureau provides fiscal and program information and analyses to the legislature, staffs the Joint Committee on Finance, and focuses on the state’s biennial budget. He received his M.A. in Political Science and Education from the University of Wisconsin­–Madison and his B.A. in History from Beloit College. He is a Menasha native and served in the U.S. Army in Vietnam. Lang has served in many leadership capacities outside of the Bureau and currently serves on the La Follette School of Public Affairs Board of Visitors. Big Brothers and Big Sisters of Dane County, Rotary Club of Madison, United Way of Dane County, National Conference of State Legislatures, Association for Public Policy Analysis and Management, and the National Tax Association have all honored Lang for his service.

A recording of the event is available here.