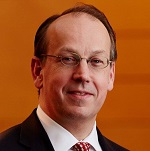 Paul Clement is a native of Cedarburg who began his legal career as a law clerk to Judge Laurence Silberman of the U.S. Court of Appeals for the D.C. Circuit and later Justice Antonin Scalia of the U.S. Supreme Court. He worked in private practice before reentering public service with the U.S. Department of Justice, where he became the 43rd U.S. Solicitor General, arguing over 100 cases before the U.S. Supreme Court. He is a currently a partner with Kirkland & Ellis and Distinguished Lecturer in Law at Georgetown University Law Center. Clement served as an Honorary Fellow from 2020-2021.

Paul Ryan is a native of Janesville who served as Representative for Wisconsin’s 1st Congressional District for two decades. He served in a variety of leadership roles including as Chair of the Committee on Ways & Means, Chair of the House Committee on the Budget, and ultimately as the 54th Speaker of the House of Representatives. In 2012, Speaker Ryan was selected as the Republican nominee for Vice President of the United States. Speaker Ryan served as an Honorary Fellow for the Thompson Center from 2020-2021.