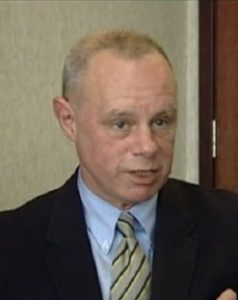 Dean Stensberg is the executive assistant to Chief Justice Patience Roggensack of the Wisconsin Supreme Court.  Mr. Stensberg began his career in state service as a legislative aide in the Wisconsin Assembly, and joined former Governor Tommy G. Thompson’s Executive Office staff in 1988, serving as Special Assistant to the Governor until his eventual appointment as Executive Assistant at the Department of Corrections, where he also served in other positions. Mr. Stensberg has also worked at the Department of Justice as the Director of Public Affairs and Policy and as the Executive Assistant to the Attorney General.